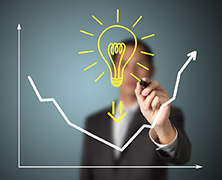 Take a look back at the major mattress news of 2013.

As the year draws to a close, recapping the biggest news in the mattress industry over the past 12 months can offer some perspective on how far we’ve come and what 2014 will hold. This year has primarily been one of improvements and adjustments, with several brands updating current lines, consolidating, and making minor changes. In this article, we will review the top headlines in the mattress world for 2013, including this years new technologies and biggest changes.

The Year of Memory Foam: A Look Back at Top Mattress News of 2013

Last year we offered an overview of 2012’s best mattress trends, but this year we decided to recap the top headlines of the year to see what changed and what to expect in the next 12 months. Big news from this year included a persistent focus on memory foam, greener directions, recalls and lawsuits, a few new lines, and a major acquisition. Keep reading to see what made waves this year.

In recent years, a focus on building mattresses that sleep cooler has propelled innovation in memory foam. Brands have produced different types of foam like ones incorporating gel or without temperature sensitivity in an effort to combat the fears of some consumers. The perception that memory foam can sleep hotter than spring beds is not entirely unfounded, as according to reviews collected by SleepLikeTheDead.com.

Foams infused with gel (either liquid gel or gel beads) have been making a splash for a few years now and continued growing in 2013. However, the dispute about whether or not gel actually does yield cooler sleep raged on.

Plant-based memory foam also claims to sleep cooler, and manufacturer Cargill conducted a two year study which found that these foams slept 25% cooler than gel foams. Plant-based memory foam brands like Amerisleep continued to surge in 2013, and an industry report from UK-based Research and Markets touts plant-based foams as the segment likely to experience the biggest growth from 2013 to 2016 due to their cool and green advantages. In our previous article comparing memory foam mattress reviews, the plant-based contender did indeed appear to have considerably fewer complaints of heat retention issues.

Other companies including Simmons and Serta also released lines this year with specific claims of cooler sleep.

Trends toward greener products and production have been leading to change in several industries, including mattresses. The adoption of mattress recycling initiatives in Connecticut, Rhode Island and California is big news within the mattress industry. In addition to reducing waste in landfills and cleaning up cities, this may have some impact on companies that manufacture and retail mattresses within these state and on consumers, too, who will have more options for mattress disposal but may have to pay a little more. 2014 is likely to bring more recycling legislation in other states as well, as they follow the blueprints set forth by the pioneers.

2013 also saw continued focus on greener products like plant-based foams, Certi-Pur certified products, natural latex mattresses, and on natural fibers like cotton, bamboo and wool. Consumers are expressing increasing concern about chemicals in household products, and many also remain committed to sustainable products so this sector is likely to continue developing 2014.

Many mattress recalls were issued during 2013, all the way through December. These have affected primarily imported mattresses and rebuilt mattresses, though almost all of this year’s recalls are due to not meeting federal flammability guidelines.

The mattress industry is a pretty competitive one, so it is no surprise that legal battles pop up from time to time. Here are a few of the more notable ones that made headlines this year.

Every year always brings new product launches in bedding, and this year saw a few new lines from leading companies. However, the bulk of 2013 seemed to focus more on improving existing products rather than launching new innovations.

This year brought some interesting news as well as continuations of ongoing mattress trends. We saw manufacturers strive to deliver cooler and more competitive beds while consumers strived for greater transparency and healthier options. Discounts and sales also remained prominent throughout the year, with even premium luxury brands participating in holiday deals. In 2013, both consumers and agencies also began focusing on both chemical claims and product safety, so these topics are likely to continue making headlines for the next year. As movements like cooler sleeping and greener materials continue progressing, there may also be more innovations and legislation built around these ideas seen in 2014. If trends and industry reports prove correct, memory foam will continue booming, particularly plant-based, and industry insiders also expect more growth in the low and mid-price sectors. We hope you’ve enjoyed this look back at the top mattress news of 2013, and feel free to share your favorite bed and sleep stories of the year below!